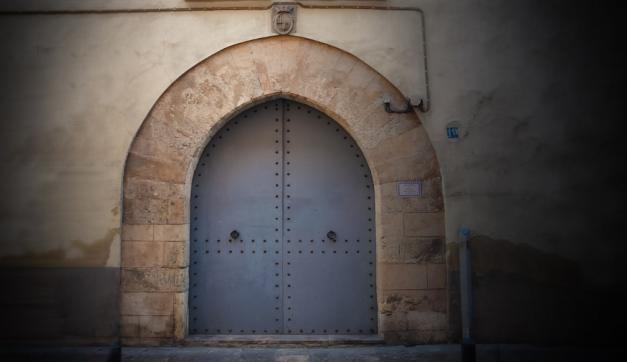 The Real Monasterio de Santa Clara, also known as La Asunción, is in Xàtiva and dates from the 14th century. This is a valuable architectural site spread across 4,000 square metres in the heart of the city's historic centre. It was listed as an Asset of Cultural Interest in 2003.

It was founded in 1325, when Doña Saurina de Entenza, widow of Roger de Lauria, died and left in her will that a monastery for Order of Saint Clare nuns should be built in Xàtiva at her expense. In exchange, she requested that her body be interred in a suitably designed tomb inside the church.

The church was dedicated to the Virgin of the Assumption.

The building is in the Mudéjar Gothic and Baroque style. If underwent refurbishment and extension work in the 16th and 18th centuries. During the Spanish Civil War, the monastery was dynamited and mostly destroyed, and the parts of the original building that still survive today are the main entrance area of the monastery, a pointed arch doorway with smooth keystones. The surviving areas from the rebuilding work after the Civil War are the refectory, the dormitory and the church.

Some women from the Borgia family joined the convent, including Beatriz de Borgia, who became Abbess.