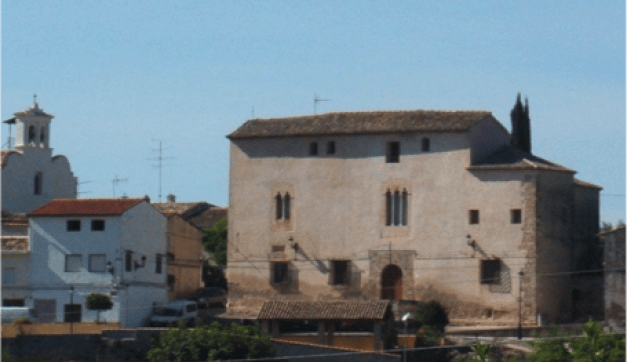 The Palacio de los Sanz is one of the most remarkable architectural gems of 15th century Valencian Civic Gothic architecture. In the early 1400s, the estate belonged to Xàtiva resident Jaume Vallés, who named it after his family, but it later became the property of the landowning Sanz family, who also lived in the city. The building is based on a rectangular layout and has an elegant set of mullioned windows at the front, typical of the Crown of Aragón (one is triforate and the other is a Venetian arch or biforate window). The rear gallery has brick window frames from renovation work carried out in the Renaissance period (18th century).

The palace is currently under private ownership and has been beautifully restored, although it has lost some of its original features, especially its defensive elements.