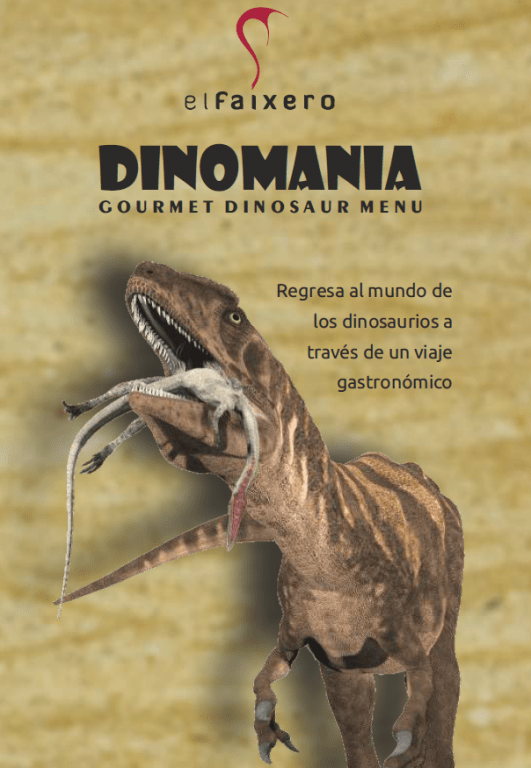 If you want to eat like a dinosaur there's certainly no place like Cinctorres, in quintessential dinosaur territory.

In March, and as part of the Dinomanía project, El Faixero restaurant presented a “Gourmet Dinosaur” menu based on the era of the dinosaurs.

The initiative for drawing up the menu came from Universitat Jaume I, El Faixero restaurant and Grup Guix from Vila-real. The aim is to join the region's delicious food together with the Camins de Dinosaures (Dinosaur Paths) tourism product to encourage visitors to explore the local area.

The result is seven dishes inspired by the discoveries of plants and wildlife from the Cretaceous period unearthed in various sites around the region. The smells and flavours of the dishes are intended to take diners back in time to the world of the dinosaurs.

The menu, which comes at an affordable price of €20, consists of an appetizer, a starter, a main course to choose from two options plus a dessert.